Think about the last time you were on an airplane coming home after a long trip. You’ve begun your descent. A bell-tone sounds from the PA system and you’ve been instructed to fasten your seatbelt and return your seat and tray table to an upright position. You look around. What are the passengers around you doing? Some are gathering their belongings and others are craning their necks to look out the window. Hoping to see something familiar. Hoping to see their houses, school, or the local baseball diamond. These passengers will pass by the same strip mall everyday in their cars. The same shopping center. The same Dunkin’ Donuts everyday without even blinking an eye. But they are fascinated by the aerial view and the sight of the town they otherwise know so well from a perspective they haven’t previously experienced. The plane lands and the aerial scenery is replaced with that of apologetic passengers sluggishly retrieving luggage from overhead bins. Fortunately, these views that captivate so many people can be now be easily captured using drones, enabling your videos and photography to be experienced by your customers anytime and anywhere.

Hollywood has caught on to this phenomenon and begun using drones in a big way. This shouldn’t be a surprise. Drones have been used to film everything from action sequences in Game of Thrones to the beautiful and serene scenes in the short film, Flight of the Butterflies. Watch a few drone videos and you’ll soon start to notice them everywhere. For a long time, many Academy Award winning films were praised and rewarded for beautiful cinematography captured using expensive equipment such as camera dollies. Consider the ante fully upped. While we’re used to enjoying beautiful cinematography in the theaters or while binge-watching Netflix on our couches, we’re not as used to seeing commercial real estate, industrial equipment, and utility stations (!) depicted in such an elegant manner. You might be surprised at how easily businesses can out-do traditional dolly shots and create popcorn-worthy imagery of their own products or services. Dollies and aerial scissor lifts were once the tools of expensive film crews and unable to capture multi-dimensional angles extending up to 400 feet in the air. You might call drone video “flying dolly cinematography” because of its ability to capture moving footage from all angles (apologies to those of you who had hoped to see an American Girl doll hurdling through the air).

What’s in it for Me?

So Hollywood delivers what consumers want. Where does that leave you and your marketing campaigns? You only have a couple of seconds to capture someone’s attention when he or she visits your website. Why not use drone technology to produce over-the-top imagery when it is so accessible? Integrating drone video into your media campaigns can help you immediately engage your customers with your product or service in an imaginative and innovative style. The benefits don’t stop there. It can even improve your SEO and overall website performance while inspiring the curiosity of a window-seat spectator or winning the discriminating approval of a Hollywood movie director. 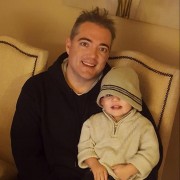 Dan has helped launch, build, and grow several successful startups, and brings his deep entrepreneurial experience to the company. Prior to founding Dronegenuity, he co-founded a successful Business Process Outsourcing firm in the Philippines, conceptualized and wrote the business plan for an upscale children's activity franchisor in the U.S., and was an early employee at the largest drone training company in the U.S. His work experience includes a role at IBM Cognos and other endeavors.   Dan earned a Bachelor of Arts in Economics from the University of North Texas, and later earned his MBA from Babson College in Wellesley, Massachusetts.   Dan was born in St. Louis, MO, but grew up in both Dallas, TX & Fairfield County, CT. He also lived in Northern New Jersey and the Philippines before making Massachusetts his home. He and his wife have three young children ages six and under.