While Rhode Island may be the smallest state, it is not short on scenic spots to take stunning aerial photos! From secluded beaches to cityscapes, Rhode Island has it all. Although the state is 37 miles wide and 48 miles long, it has over 400 miles of coastline, making the nickname the “Ocean State” very appropriate. But Rhode Island has much more to offer than just beaches! The city of Providence overlooks the Providence River, shops, restaurants, landmarks, and monuments. And the rest of the state is filled with beautiful forests, lakes, and rivers that make stunning aerial imagery. The following are a few of my favorite spots to drone in Rhode Island: 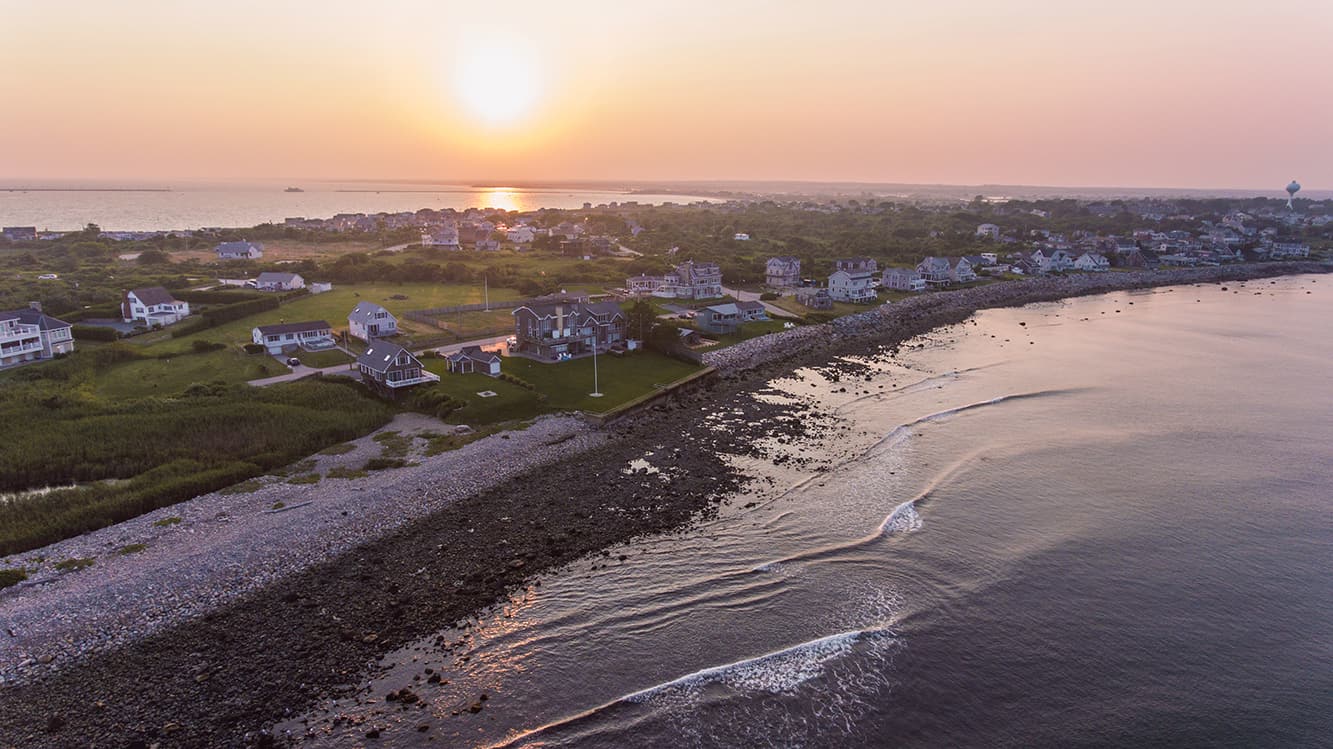 One of the more popular beach towns in Rhode Island, Narragansett boasts some of the most pristine beaches in the state. Narragansett is traditionally a fishing town, and its population nearly doubles every summer as people flock to their summer homes. This town is ideal for aerial imagery because of its coastline on both the east and the west side of the town. Because of this unique shape, you are able to catch both the sunset and the sunrise over the water! The Blackstone River is not just one of the most beautiful places in Rhode Island, it is also filled with history! This river runs through the northeastern part of the state, from Woonsocket to Pawtucket, and it is home to the first successful water powered cotton mill. During the Industrial Revolution, dozens of mills were built along the Blackstone River, and many of them still stand today as apartment buildings or shopping centers. These brick mills can make stunning aerial imagery. The Blackstone River Bikeway is a paved bike path that runs parallel to the river, providing many access points and places to launch your drone! By far the biggest city in Rhode Island, the capital city of Providence is a great place to shoot aerial photos and videos. It is one of the oldest cities in America, and its history is apparent in its brick buildings and cobblestone streets. It overlooks the Providence River and beginning of Narragansett Bay, making stunning reflections of the skyscrapers in the water. And unlike many larger cities, its airport (T. F. Green) is south of the city, so the downtown area is not in restricted airspace. This makes it a perfect place to fly!

Block island is the hidden gem of Rhode Island – maybe even all of New England! It can be accessed by ferry from Narragansett year round, and in the summer also from various other locations in Rhode Island, Connecticut, and Massachusetts.This island is located 9 miles off the coast of Rhode Island, and only covers about 10 square miles. Similar to the mainland of Rhode Island, this island is small but not lacking in beautiful scenery!! From sandy beaches to rocky cliffs, and even marshes and lakes, this island is very diverse. And because it is only accessible by ferry, it is quite secluded and quiet. As long as you are mindful of tourists and avoid busy beaches during peak season, you will find plenty of places that are perfect for drone flight! Where Not to Drone in RI

While there are many open areas for drones to buzz around, there are a few spots in Rhode Island that are not ideal for drone flights.

The biggest airport to avoid is T. F. Green which is south of Providence, and there are a few other smaller ones in the surrounding areas. Most of Warwick and Cranston are covered by restricted airspace, so be sure to gain LAANC approval or contact ATC when flying there.

Another area you might want to avoid is Newport, one of the more densely populated areas. This area can also be crowded with tourists, and difficult to fly without bothering people. Newport is famous for its massive mansions along the coast, but there is restricted airspace around some of them.You can still fly in Newport, as long as you are mindful of the local rules and regulations.

There are no national parks in Rhode Island, but there are a few historical sites and parks that may be sensitive to drone flight. Be sure to check local websites before flying around these.

If you plan to fly your drone for commercial purposes, you must first obtain your Remote Pilot Certification by passing the Part 107 exam administered by the FAA.  Let us know if you’re interested in Online or local training in Rhode Island.  As long as you are careful and do your research before your flight, you will be able to find plenty of places to drone in Rhode Island! 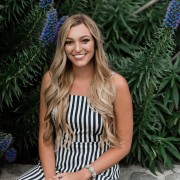 Katie Caswell is a Rhode Island based photographer, videographer, and content creator, and has been pursuing her passion for creativity since 2015. She loves to travel, run, and explore, and this adventurous spirit is reflected in her creative work. Her goal is to experience as many new, exciting places as possible, and to capture their beauty with her camera through photos and videos.